Over the last year Heemskerk Innovative Technology BV (HIT), together with PAL Robotics, worked on the SANDRo (Semi-Autonomous Day & Night Robot) project, which was funded by DIH Hero.
Thanks to the SANDRo project we were able to form the basis of our multi-purpose service Robot Rose. The outcome of the project is a complete package of hardware and software capabilities for Robot Rose, which was demonstrated in real settings and achieved TRL7.

We performed trials in care organizations in three different countries:

Via the trials we managed to:

In more detail the trials consisted of the following series:

In these trials we performed a mix of autonomous and remotely controlled tasks.
These included: 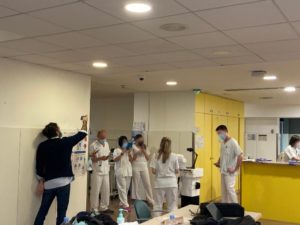 These trials, focused more on the human-robot interaction and included the following use cases: 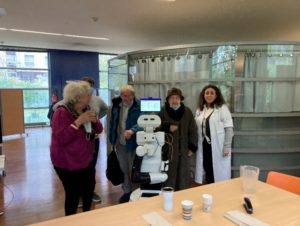 These trials had the form of a demonstration combined with interactive sessions and included the following use cases: 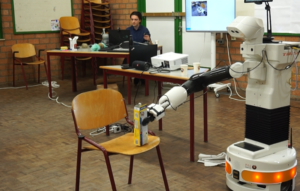 Furthermore, we demonstrated fall detection, remote control (teleoperation), and performed an interactive post-trial evaluation with the participants, on the robot’s functionality and future use in De Zorggroep’s premises.

The SANDRo project has been a big milestone for HIT in the development of Rose and towards its deployment in the healthcare sector.

Get in touch with Cock Heemskerk, Founder & CEO of HIT.