To design a robot that can perform maintenance on the outside of the space station independently or controlled manually. This can shorten exhausting and dangerous spacewalks by astronauts outside the ISS or at least limit those to a minimum.

The European Robotic Arm (ERA) will soon form a crucial part of the Russian segment of the International Space Station (ISS). The intelligent robot arm, with a total length of approximately eleven meters, has the appearance of a compass and can ‘walk’ around via sockets on the outside of the ISS. 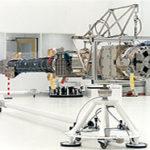 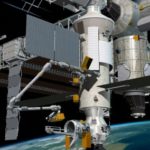